On Thursday 12th December 2019, Bob Seely was re-elected as the Island’s MP — with an unprecedented result.

Bob received the largest number of votes ever secured on the Isle of Wight, with a 23,737 majority over his nearest rival (Labour) - more than ever before.

This result was made possible not just by the strong national campaign led by Boris Johnson, but also with a determined effort locally. Hundreds of members and supporters across the Island helped us reach as many voters as possible, promoting Bob’s record of delivery as our MP — and setting out his priorities for the future.

This was reflected in an increase in our vote share by 4.9 percentage points — up from 51.3 to 56.2%. This compares to a national increase of just 1.2 points. See the BBC website for a full comparison with last time's result.

Our thanks to everyone who assisted with the campaign — whether through leafleting, donating or other efforts. Despite the most challenging weather for a General Election campaign in living memory, we managed to cover a lot of streets in just a few weeks! 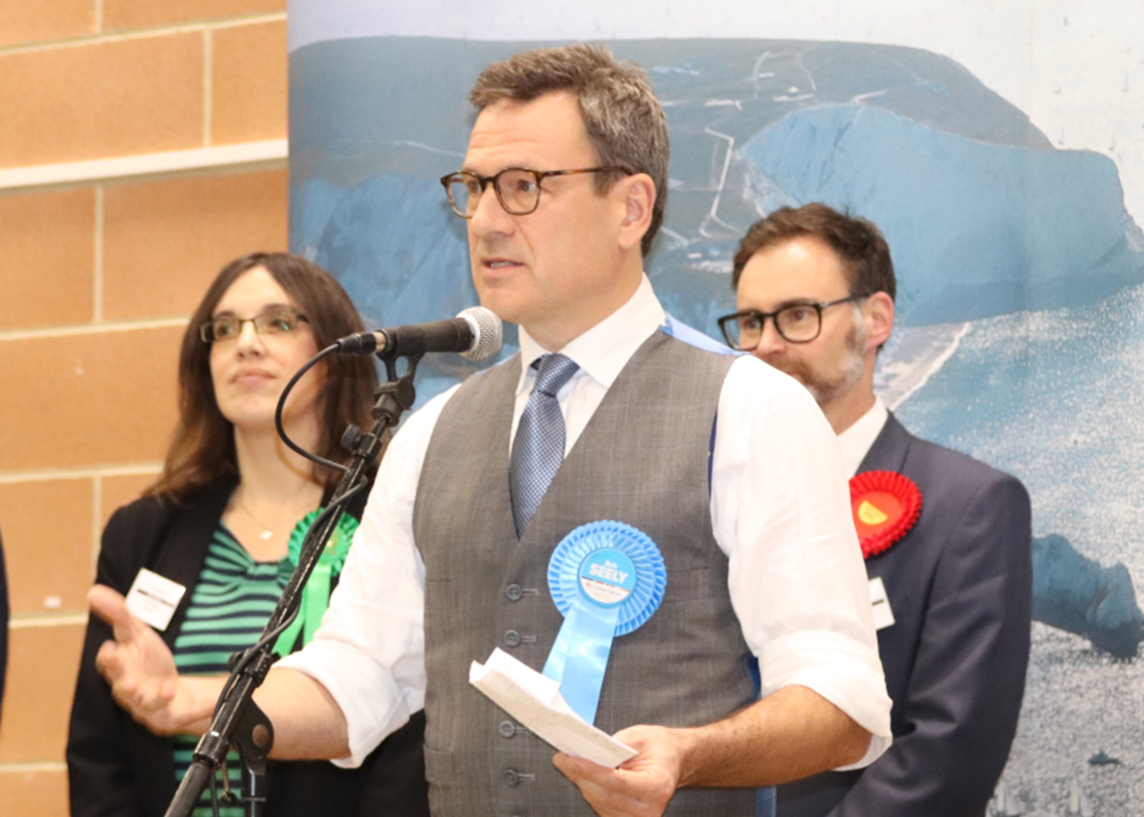