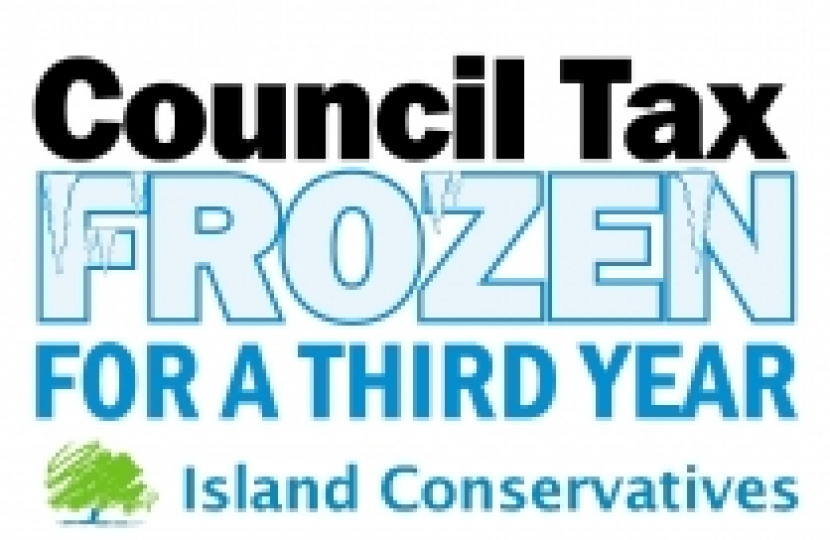 The Conservatives at County Hall have agreed the Council's budget for the next 12 months, which includes council tax being frozen for a third sucessive year.

The freeze was approved at a Full Council meeting on 27 February alongside a range of steps designed to help local households meet the rising cost of living and to stimulate the local economy.

Council leader David Pugh said careful budget management had enabled the council to not only keep council tax at 2010/11 levels but also to continue to introduce initiatives that would benefit residents and the economy.

He told the meeting: "We have the opportunity tonight to freeze council tax for the third year running, and in doing so ensure that we protect Island residents from a further increase in the cost of living. This is the responsible thing to do.

"We have steered the council through the most challenging financial period it has ever faced, and have ensured that we are well prepared for the further decisions of the future.

"The local authority has a clear path for achieving further savings and allowing additional resources to be invested in support of the local economy. At the same time we have set out how we are helping Island households, not least through a third year of a council tax freeze."

Under the theme of Helping Island Households, the agreed budget includes:

The council is also providing an additional £60,000 of local funds to support the innovative community bus scheme over the next financial year.

Initiatives to boost the local economy include:

It was also agreed that investment in adult social care is increased by £8.7m over the next three years and an additional £475,000 is made available to help improve child safeguarding and improve services for vulnerable children.