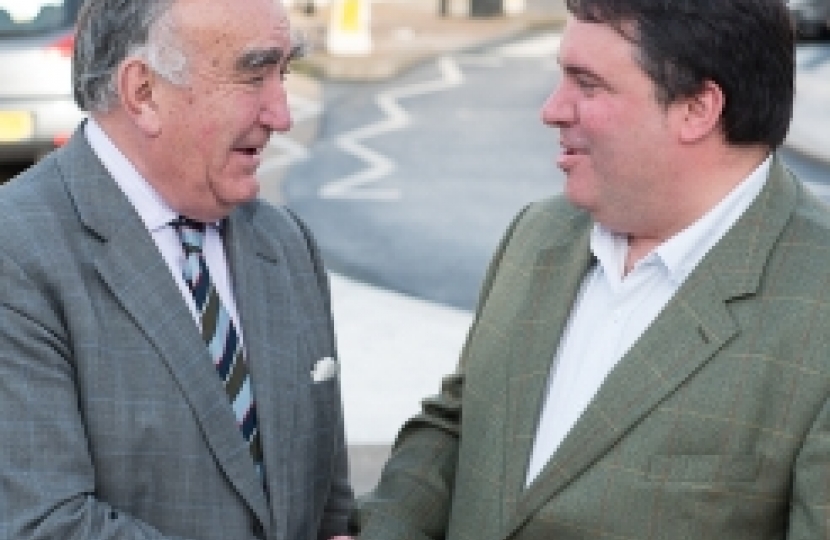 A review of ‘stupid’ late night drinking licences has been promised by prospective Police and Crime Commissioner Michael Mates.  He made his pledge after being told of the problems caused by allowing bars and clubs to stay open round the clock.

Mates, who was on the Isle of Wight at the weekend, was told by Ryde South councillor Gary Taylor that the 2003 Licensing Act introduced by Labour in 2003 had failed.

“The ability of bars and clubs to remain open 24/7 is a ridiculous idea that costs the taxpayer money in terms of additional policing and has significantly increased anti-social behaviour across our town” he said.

Mates said he doubted whether the Act had produced the positive effects promised by Labour.

“Has it increased the profitability of the licensed premises that operate long hours?  Has it introduced the ‘café culture’ promised by Labour?  I don’t think so,” he said.

“I see a decline in behaviour amongst people using these bars and clubs, and an increased headache for our excellent police force that has to deal with the aftermath of this stupid idea.

“As a local resident, Councillor Taylor knows the problems that towns like Ryde have to cope with.  I have a great deal of sympathy with his concerns, and it is consistent with many other towns that I have visited over the last couple of months.

“I guarantee that I shall have a full review of the problems faced by our towns due to this legislation that not only cause social problems within our towns but stretch already tightened police budgets in these economically challenging times.

“If elected on 15th November and if, following research amongst police officers, local authorities, community groups and license holders, I find that there is a general mood to reduce the hours that outlets can serve alcohol, then I shall lobby the Home Secretary to re-consider this legislation.

“Part of the remit of the role of Police and Crime Commissioner is to advise central Government on the practical aspects of current and forthcoming legislation.  As a former minister, I know how to deal with the corridors of power in Westminster to make sure that our area is well represented and heard.”