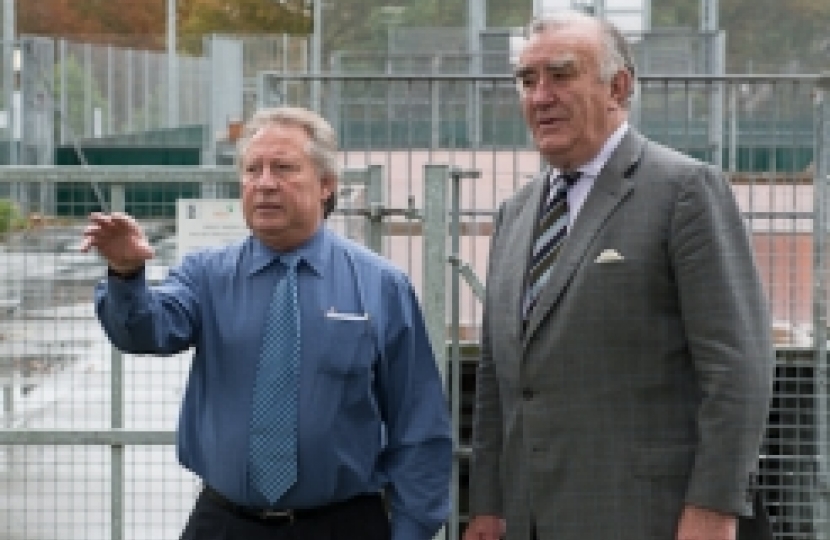 CCTV cameras could be brought in to catch troublemakers at the Isle of Wight’s skate park at Freshwater. The idea is one of many being proposed by prospective Police and Crime Commissioner Michael Mates who has pledged to use the latest technology to cut crime.

It follows a meeting with George Cameron, the Isle of Wight Councillor for Freshwater South, who put the Conservative candidate on the spot during a recent tour of the island.

“When can we have more mobile CCTV units to discourage anti-social behaviour in our towns and identify local trouble-makers?” asked Cllr Cameron.

“I know that we need places for young people to enjoy themselves, and this great facility is well used by those from the local area.  However, it does provide a focus for a minority to create trouble, and the introduction of mobile CCTV cameras would help our local police identify the culprits.’

Mates replied: “I know that Councillor Cameron has built up a very strong working partnership with the local police to deal with all aspects of crime and disorder in his town.  However, that is not enough.  We must ensure that we use the latest technology not only to identify those who cause disruption, but also to act as a strong deterrent to others.

“If elected in November, I look forward to working with local Councillors and the police on the Island to combat this senseless form of bad behaviour.

Mates has also promised to act to cut residents’ fear of crime following a meeting with the chairman of Totland Parish Council, Carol Bryan.

She had told him: ‘Many of the people who live in our community are pensioners, and have a real concern about local crime.  They think the officer on the beat has gone forever, and want to see more of a police presence on our streets.”

Mates replied: “I completely understand the concerns about the ‘fear of crime’ that exists across many of our rural towns and villages both here on the Isle of Wight as well as across Hampshire. I believe that local councillors working with the local police can help to change this perception.  I am very impressed by the working relationship that the Isle of Wight Council has developed with the Island’s police at all levels.

“If the residents of Hampshire and the Isle of Wight elect me as their Police and Crime Commissioner on 15th November, then one of my top priorities will be to work with the Chief Constable and identify how we can make our residents feel more secure about the areas they live in.”