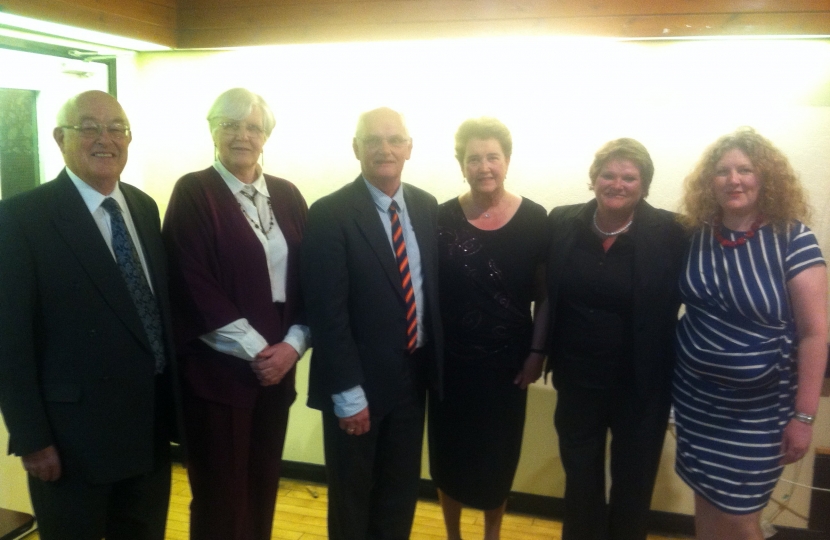 A new Chairman, Vice-Chairman and other key officer posts have been elected at the Annual General Meeting of the Isle of Wight Conservative Association, on Friday 30th March.

These elections follow Dona Ratcliff stepping down as Association Chairman after serving a maximum of four years in office. Tributes were paid to her at the meeting.

Christine Hall was elected as the Deputy Chairman (Membership & Fundraising).

The Annual General Meeting received the annual report from outgoing chairman Dona Ratcliff, who was also elected (unopposed) as Honorary President of the Conservative Association. Connie Cowley, Keith Gordon and Alan Stovell was elected as Honorary Vice-Presidents, in recognition of their significant contributions over many years.

More information about the Officers can be found in the About section of this website.