Shadow Cabinet appointed to constructively engage with the Alliance administration 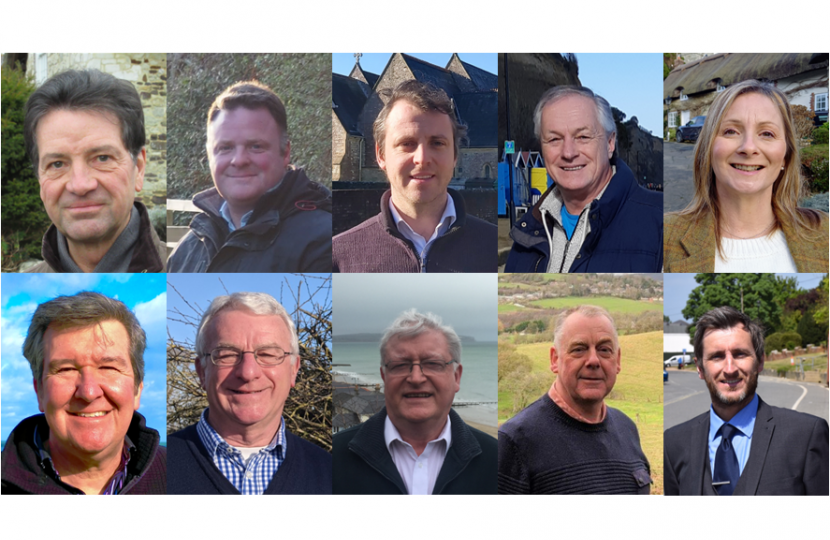 Cllr Steve Hastings – the Leader of the 18-strong Conservative Group on the Isle of Wight Council –– has announced a team of his group members who will act as a Shadow Cabinet at County Hall.

Last month (May), the new Leader of the Council – Cllr Lora Peacey-Wilcox – announced a Cabinet of nine members (including herself), all with a range of executive responsibilities.

Cllr Hastings previously announced that he would be appointing a Shadow Cabinet, with councillors allocated to roles which aligned with the portfolios of Cllr Peacey-Wilcox’s executive members.

The Shadow Cabinet will be made up of the following Conservative councillors:

In addition, Cllr Matthew Price shall serve as part of shadow team with responsibility for strategy and policy development, working alongside his group colleagues.

“This team brings together the experience of former cabinet members and committee chairs with the fresh perspectives of newly-elected councillors. Working together, we will constructively scrutinise and challenge the new Alliance administration.

“In appointing the Shadow Cabinet, I was keen to ensure that we matched particular backgrounds and interests as effectively as possible. For instance, Cllr Robertson works for a national nursing charity and has much experience liaising with the public and voluntary sectors in this regard. Cllr Spink has been a leading campaigner against inappropriate housing development in the West Wight, and will bring his understanding of planning policy to this Shadow Cabinet role.

“Cllr Oliver has a good understanding of finances through his own work as a financial adviser, and Cllr Ellis has been a champion for the environment both prior to being a councillor and since her election.

“Alongside a number of members who served in various roles during the last council term, these new councillors strengthen our team at County Hall and I’m delighted to have them as part of the Conservative team.

“As I previously outlined, the Shadow Cabinet will collaboratively engage with the Alliance team now running County Hall. We will have a presumption in favour of supporting the intended policy approach, by adding ideas and suggestions to hopefully enhance what the new administration is hoping to achieve.

“As Chairman of the Corporate Scrutiny Committee, I will lead these efforts. For example, the next Cabinet meeting on 15th July will consider the Draft Island Planning Strategy Consultation, which will be of interest to many Isle of Wight residents. We will consider this at the Corporate Scrutiny Committee meeting on 13th July and make recommendations (if necessary) to the Cabinet ahead of their decision. We will also be using Full Council meetings to hold Cabinet Members to account.

"Ultimately, it is important that all 39 members of the Isle of Wight Council work together for the good of the Island. With both the Alliance Group and the Conservative Group having 18 members each - alongside 3 non-grouped members - County Hall remains in no overall control. This necessities a more collaborative approach and we look forward to playing our part."

Our Plan for Growth

Chancellor Kwasi Kwarteng on Our Plan for Growth in the economy