Representing the Isle of Wight

He is committed to representing all Islanders, regardless of political affiliation, fighting for the interests of the community as a whole.

Bob lives near Brighstone. He is the sixth generation to be involved in community life on the Isle of Wight.

More information about Bob Seely can be found by visiting his website, which is linked to on the left of this page.

The Isle of Wight is the largest parliamentary constituency in the country. Bob Seely was first elected as the Island's MP in 2017, and then re-elected in 2019.

Isle of Wight MP Bob Seely has welcomed a new government campaign to boost the take up of Pension Credit on the Isle of Wight, as part of

Following debates in the House of Commons yesterday (Wednesday), Bob Seely is providing a further explanation of the background and proce

BOB SEELY EXPLAINS HIS VOTE OF CONFIDENCE IN THE PRIME MINISTER

Bob Seely MP said: "I voted that I had confidence in the Prime Minister as Leader of the Conservative Party, although not without some co 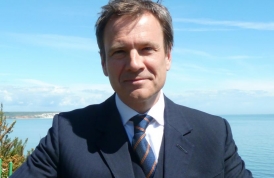