He is also a member of Cowes Town Council and Northwood Parish Council.

ABOUT JOHN
John was was born, brought up and has always lived in the Cowes / Gurnard / Northwood area, so knows the locality well. He has lived in Pallance Lane, Northwood for many years.

John runs a long-established and well-regarded specialist roofing business. Owning his own company, he has the flexibility to serve as an IW Councillor — setting aside time to meet with residents and represent their concerns at County Hall.

John is an active member of Isle of Wight Branch of CAMRA (the Campaign for Real Ale) and in this role has worked with the local police to promote responsible drinking. He has been an active campaigner on issues such as road safety, and now applies this energy to serving as the IW Councillor for his local area.

More information about John Nicholson can be found by visiting his council webpage, which is linked to on the left of this page. 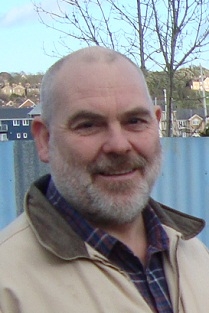