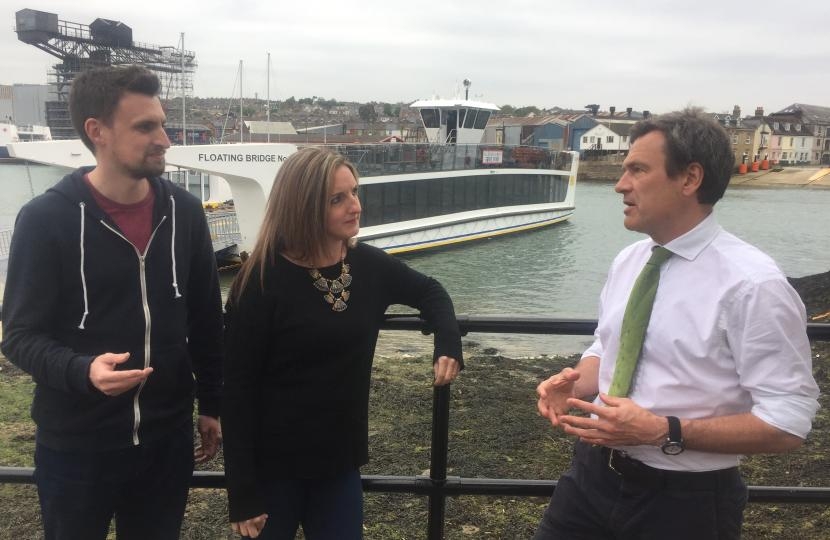 The Isle of Wight Conservative Association (IWCA) has selected Cllr Bob Seely to be the party’s candidate in the General Election on Thursday 8th June.

Bob — who has represented Central Wight (the parishes of Brighstone, Shorwell, Rookley and Chillerton) on the local authority since 2013 — will this week be formally nominated as the Conservative Party candidate for the Isle of Wight parliamentary constituency.

The decision to select Bob as the Conservative candidate was made by a packed meeting of over 200 party members at Newport Minster on Friday (5th May), the day after the Conservatives won majority control at County Hall in the local elections.

In response to his adoption as the Conservative candidate, Bob said: I have loved the Island ever since I was a child and to have the chance to contest the General Election for this constituency is a dream.  If I have the good fortune to win the Island’s trust and be elected, I will seek to serve all Islanders, and to represent them as the Isle of Wight’s MP.  My focus will be the wellbeing of the Island.

“I am very grateful to Conservative Party members for placing their confidence in me to be their candidate in this landmark election.  It has been a delight to represent the 3,000 residents in Central Wight over the past four years. I now relish the opportunity to now extend my public service to the Island as a whole.”

The morning after his selection Bob was out meeting residents in Newport.

He added: “The Island is the UK’s largest constituency, so we have a lot of ground to cover. I will be campaigning in all parts of the Isle of Wight over the coming weeks.  In the 30 days or so of the campaign I will try to meet as many fellow Islanders as possible and to listen to their views.

“I look forward to hearing from residents as to what they consider should be the priorities for the Island’s next Member of Parliament to address, alongside those key issues which will be set out in my manifesto.”

Cllr Ward added: “Bob was the clear choice of IWCA members on Friday evening, and he has our full support in his campaign to be returned as the next Conservative Member of Parliament for the Isle of Wight. With the
Conservatives now back in majority control at County Hall, we look forward to the prospect of Bob working alongside Cllr Dave Stewart as a united team representing the Island’s interests after 8th June.

Bob has been a British Army officer, with  active service in Afghanistan and Iraq.  He comes from an Island family and is the sixth generation to be involved in public life in the Island.  He first won his Council seat in 2013 and was re-elected last week with 75 percent of the vote.

Details of Bob’s campaign launch will be confirmed shortly, following the close of nominations on 11th May.