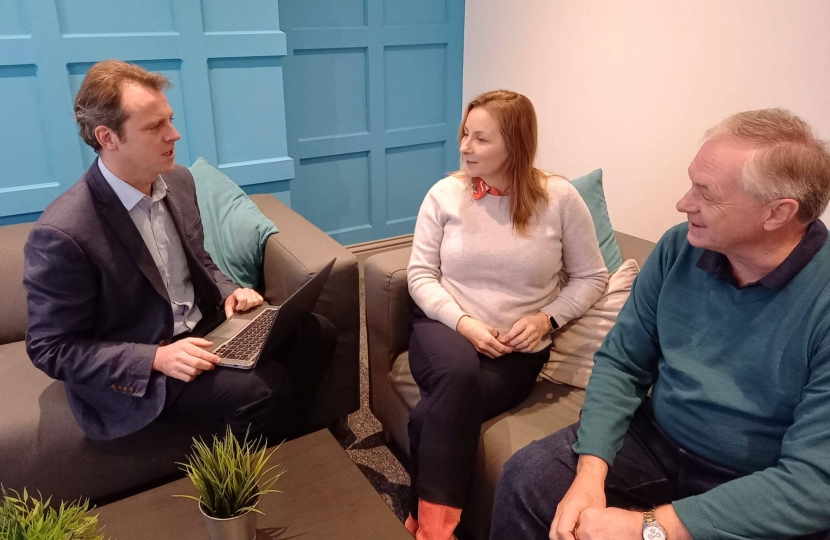 Cllr Joe Robertson, the new Leader of the Conservative Group on the Isle of Wight Council, has appointed his deputy and a new Leadership Team to take the Group forward.

He has replaced the shadow cabinet model with a smaller advisory team not based on Council departments or existing Cabinet positions. The new team brings together a mix of more longstanding representatives and new councillors elected in May of this year.

Cllr Paul Brading, Isle of Wight Councillor for Lake South, has been appointed Deputy Leader of the Group. Cllr Brading is the former Cabinet Member for Children’s Services and has recently spoken out about the new administration’s lack of consultation with parents over changing school term dates.

Cllr Suzie Ellis (Central Rural) will be responsible for the Conservative Group’s Media and Communications (internally and externally). Cllr Ellis was first elected in May and was the previous shadow cabinet spokesperson for the environment. She recently helped to secure the refusal – by the Planning Committee – of the oil drilling planning application in her ward.

Upon announcing his team, Joe said:

“I am appointing a smaller team that does not directly shadow members of the current Cabinet. All 18 of our councillors will continue to contribute to wider policy discussions and build constructive relationships with councillors regardless of political groupings. My inclusion of Cllr Matt Price in particular, is a recognition that members of all persuasions will need to work together if we are to deliver for the good of the Island. Matt is well respected on all sides of the Council chamber and has previous experience of serving in opposition.”

Joe went on to say:

“One of the big challenges facing the Council is setting the annual budget in late February. I have asked Cllr Chris Quirk to lead on our response to this. The Council needs to be smart and find innovative ways of getting best value-for-money and we are open and ready to talk about how best to achieve this."

“While we continue to work cross-party, the Alliance Political Group must recognise that being in power brings responsibility. It serves the Island no purpose looking back and trying to score points off the previous administration and making vague assertions that “change is coming”. Residents will rightly want to know the Alliance Group’s detailed, costed plans to address the Island’s needs. They will be judged on their actions not words."

Joe went on to speak about policy priorities for the year ahead:

“One of my priorities for 2022 is to ensure that the Council delivers a sustainable planning strategy. A draft plan has been proposed, and while we disagree with some of the detail, we welcome the general aim of reducing nationally imposed house building targets. However, we want to see a real commitment to delivering affordable homes and prioritising building on brownfield sites. The recent announcement by the Alliance Group that it intends to deprioritise Camp Hill, a large brownfield prison site capable of taking up to 1,000 homes, will only put more pressure on greenfield building in our small towns and villages. It is no good putting forward a plan if you then swiftly move against it. On this issue too, we are prepared to work with the administration if they are prepared to engage with us.”

Full details of the Conservative Group Leadership Team are:

Professor Swaran Singh has agreed to conduct a one-year review of the Party’s progress on implementing his recommendations.