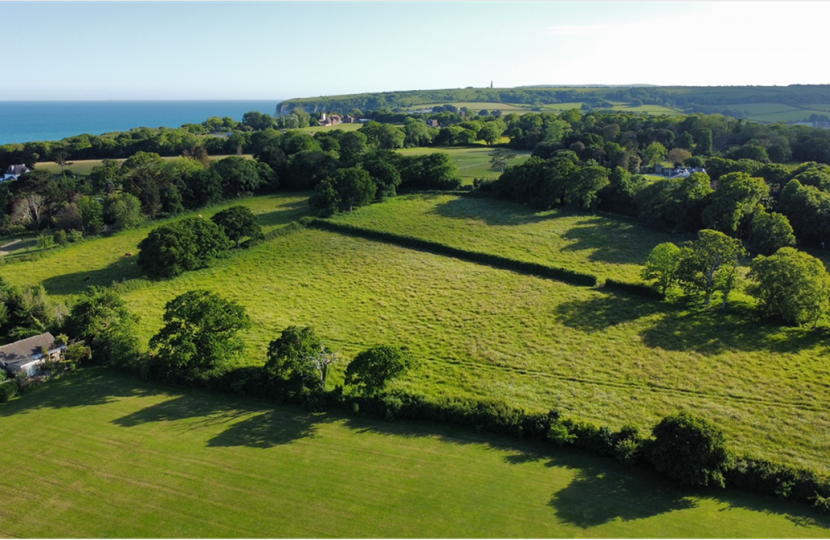 The Conservative Group at County Hall is outlining proposed changes to the Isle of Wight’s future planning framework – in order to secure a greener, sustainable and more affordable plan.

These proposals – which follow recent discussions with the Isle of Wight Council’s Cabinet Member for Planning (Cllr Paul Fuller) – set out a way forward which is hoped will secure sufficient cross-chamber support to enable the draft Island Planning Strategy (IPS) to be progressed towards final adoption and implementation.

As things stand, further progress with the IPS is not currently scheduled until September when the Council’s Cabinet will meet to discuss it. The Council cannot currently demonstrate a five-year supply of deliverable housing land and has failed to meet the Government’s Housing Delivery Test. These reasons were cited only last week in a Planning Inspectorate decision to grant permission for six dwellings on a greenfield site in Cllr Fuller’s ward of Cowes West & Gurnard.

Conservative councillors want to see things move forward, and are offering to work with the Alliance administration to reach an agreement on amendments to the IPS. A detailed paper published by Conservative Group Leader Cllr Joe Robertson sets out the proposed changes.

In summary, these are:

The most significant change being put forward, in line with the objectives above, is building more affordable homes on a part-Council owned brownfield site in Newport and the removal of 360 homes currently allocated for greenfield development in Bembridge and Freshwater. This would see the current settlement boundaries of these two large villages kept in place and additional investment for Newport.

“Last summer, the newly-formed Alliance administration published a revised version of the Island Planning Strategy, drawing on the feedback received during the previous Conservative administration’s consultation. This represented an improvement on what had been consulted on in early 2019, but concerns remained.

“The Alliance administration was right to press pause on progressing with the IPS in its current form but we must seek to proceed as swiftly as possible with an updated Planning Strategy for the Isle of Wight.

“Whilst the Conservative Group did not secure a majority in last year’s elections, it remains the case that 18 out of the 39 councillors at County Hall were elected on a pledge to ‘redevelop public sector land, including council property, to deliver an ambitious regeneration of Newport Riverside’. A number of Councillors from across the chamber have told me that they also agree with the principle.”

“I would ask all non-Conservative councillors to consider whether their objective to minimise greenfield development in their own wards could help be achieved by backing our ambition for an additional residential allocation on brownfield land in Newport town centre. Our proposals set out how this would enable greenfield allocations in both Bembridge and Freshwater to be removed. We may, however, have the potential to protect even more green spaces if the scale of brownfield development across the Island can be accelerated and increased.

“Following the adoption of the Conservative budget amendments in February 2022, it is already the case that the Isle of Wight Council is committed to a £40 million investment in affordable homes and a review of brownfield sites. Adjusting the IPS to allow for a Newport Riverside allocation would be in line with these agreed budget priorities. We are proposing that the Council should designate the whole of the part of the site it owns as affordable (local definition) and retain ownership of most of the homes built for affordable rent. This approach would deliver an even greater number of affordable homes than the 2021 IPS draft.

“In practical terms, the Council can put its landholdings into the mix; our Police & Crime Commissioner Donna Jones has indicated that she is considering the relocation of Newport Police Station; and the Council should look to acquire the Shoulder of Mutton site from Homes England without delay.

“I will also be urging the Alliance administration to intensify their discussions with the Ministry of Justice about the acquisition of the Camp Hill site for housing, given its status as a draft allocation in the IPS. This should be brought forward as a priority.”

The Conservative Group also wants to work with the Alliance to consider all the brownfield sites submitted as part of the consultation undertaken by the Conservative administration last year, with a view to identifying and agreeing what other sites across the Island could be brought forward instead of greenfield land, with a view to delivering more affordable housing.

“It is widely recognised that there is an affordable housing crisis on the Island, particularly in relation to the provision of genuinely affordable homes to rent. This was acknowledged in a report to Scrutiny last week.

“Unfortunately, the national definition of affordable homes (80% of market prices) is still far from affordable for most Island residents. We want to see a local definition of affordability which is based on the income of Island residents and their ability to pay. This should be reflected in the IPS and can be applied, in particular, to land in the Council’s ownership – such as Newport Riverside – which it brings forward (through its housing company) for development.

“In the meantime, the Council should be looking to accelerate the use of modular homes to get at least some new affordable housing stock in place, as our group has recently highlighted.”

“We hope to sit down with Cllr Fuller over the coming days and continue to work with him in agreeing the best way forward. I know he wants to get this right. Together we can deliver a fit-for-purpose Island Planning Strategy, with the complementary objectives of protecting as much greenfield land as possible and delivering much-needed housing for Islanders.”

Transport Secretary Grant Shapps on building a railway fit for the future.