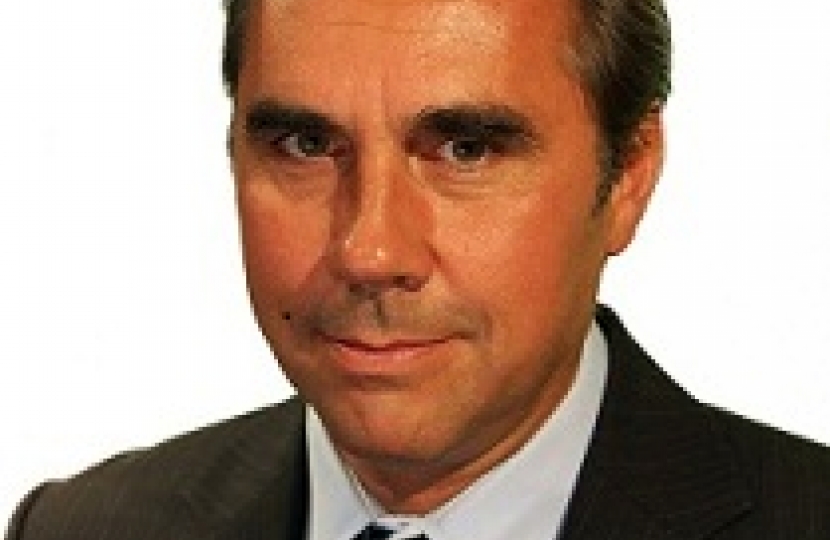 The IW Councillor for Ryde North East, elected as an Independent in 2009, has joined the Conservative Team at County Hall.

At a meeting of the Conservative Group on Thursday 19th April 2012, Cllr Wayne Whittle was welcomed to the team, boosting the number of Conservative councillors on the Isle of Wight Council to 25.

Cllr Whittle’s decision to join the Conservative Group means that he will be working as part of the main team of councillors at County Hall for the benefit of his residents in Ryde North East. He intends to seek re-election as a Conservative candidate in 2013.

Cllr Whittle is explaining his decision in a letter to his constituents, which is reproduced below:

I wish to let you know of a decision I have taken to strengthen my ability to effectively promote and represent your local needs and interests at County Hall.

In June 2009, I was elected as the IW Councillor for the Ryde North East area, with a commitment to exercise my independent judgement in determining how to best fulfill my responsibilities to residents of the ward. Over the past three years, it has been increasingly clear to me that I can best represent the interests of local people by working constructively with the main team of councillors — the Conservatives.

I have therefore decided to join the majority Conservative Group at County Hall, to enable me to work as part of this main team. In doing so, I am confident that this step will strengthen my ability to get things done and be influential on behalf of the community I serve.

This decision has been taken following very careful consideration over several months. Whilst I have not agreed with all the decisions made by the Conservatives in recent times, I have concluded that in joining them I can be a challenging (but constructive) team member; working within the Conservative values and principles which they all share. I feel that my personal values and principles align with these.

The Conservative Team is made up of community-focused individuals such as myself who work hard to ensure that the needs of their local areas are taken into account. At the same time they have a shared determination to make the necessary decisions — in a timely manner — for the future of the Island.

It is therefore my intention to seek re-election in Ryde North East next year (May 2013) as a Conservative candidate, reaffirming the approach I have set out above.

I can assure you that this change in status at County Hall will not affect my overriding priority in promoting and representing your interests as Ryde North East residents; indeed I am confident that it will enhance it. Whilst I will be a member of the Conservative Team at County Hall, I will of course continue to work in Ryde with all councillors (of all parties and none) for the benefit of our community.

As always, please continue to get in touch if there are any local matters you would like to raise with me, or if you need my assistance. I would be happy to discuss with you what I have outlined in this letter.