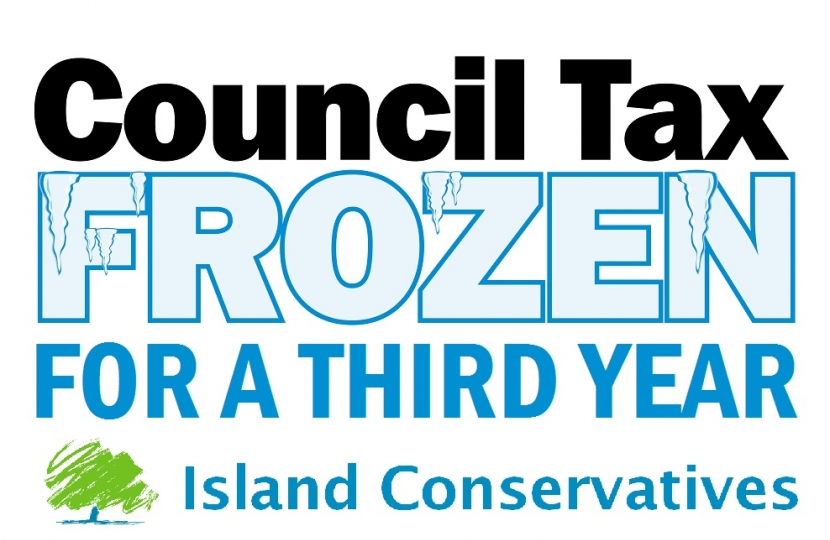 The majority Conservative Group at County Hall has announced its plans not to increase council tax for the third year in a row.

Having frozen council tax for the past two years, the Island Conservatives have welcomed an announcement by the Government that funding will be made available to support a further nil rise in 2013/14. The actual freeze will be achieved by a mixture of this extra funding and additional savings that will be secured within the Council.

Speaking ahead of the Conservative Party Conference in Birmingham, Council Leader Cllr David Pugh said: “The feedback we continually receive from residents is that they want their council tax kept to the lowest possible level. This is what we have consistently done.

“After years of excessive rises under the Liberal Democrats and Independents, the Conservatives have instilled a culture of financial discipline within County Hall. This has allowed us to live within our means without piling additional tax burdens onto Island residents, whilst still investing in essential services for our community.

“Our 2009 election commitment to freeze council tax for two years is now due to be exceeded – by doing the same for an additional third year. As we approach the end of this council term, we will be setting out our firm commitment – based on our clear track record – to continue to keep council tax at the lowest possible level over the coming years.

“At the same time, the Council will continue to deliver significant savings in how services are delivered, in order to release funding to support the local economy, the growth of jobs and boosting tourism. Specific plans for tackling worklessness on the Island will be announced over the coming months.”

Brandon Lewis MP, Minister at the Department for Communities & Local Government added: “The strong partnership between the Coalition Government and the Isle of Wight Council has delivered two years of a council tax freeze for Isle of Wight residents, and I am delighted that this joint commitment is now set to continue for a further third year.

“I will be visiting the Island in November and look forward to seeing first hand how the Council is releasing money from their internal savings to boost the local economy. This is exactly what local authorities should be doing in the current economic climate, whilst ensuring that council tax bills are kept to an absolute minimum.

“I also look forward to meeting with representatives from the Isle of Wight Fire & Rescue Service during my visit to the Island. Earlier this year, the Government awarded the service £1m of funding to support their efforts to become more efficient and more resilient. I look forward to seeing how these improvements are taking shape.”

Notes to editors
The Government will make funding equivalent to a 1% rise in council tax available, and the Council will make up the difference of what would have been a 2.5% rise. This will require additional savings of approx £1 million to be secured, which the Council will achieve through further internal efficiencies and new ways of working.