IW Council: Over 3,000 signatures on petition to re-open Chapel Street 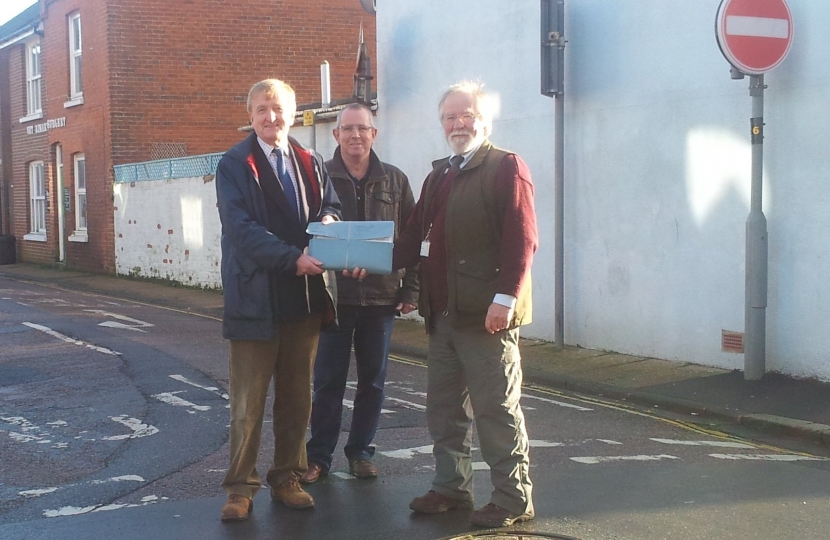 The Newport Conservative Team have secured over 3,000 signatures in support of their petition to see Chapel Street re-opened to traffic flowing from New Street to St James’ Street. The petition, which also called for one way measures to improve safety on the bends in the road, was launched at the end of October.

In just under two months, 3,178 signatures were collected in Newport and in other parts of the Island. It now qualifies to be formally considered by the IW Council, having met the 2,500 threshold required in the local authority’s Petition Scheme. This is the first qualifying petition to be submitted through this process.

A prohibition on entry to Chapel Street from New Street was introduced five years ago. This decision responded to concerns that had been expressed by some residents about the street suffering from excessive vehicular use, following the flow being reversed on the one-way section of Trafalgar Road.

However, there have been changes elsewhere in the town which – in the view of the Newport Conservative Team – have reduced the risk of Chapel Street being used as a rat-run. The decision to make Whitepit Lane one-way from Elm Grove to St John’s Road (with traffic lights removed) has provided a suitable west-to-east contraflow to the one-way section of Trafalgar Road. This arrangement has now been in place for two years, and is considered to be working well.

In launching the petition, Newport Conservatives believed that it was time to review the no-entry to Chapel Street from New Street – and those who signed the petition agreed.

Cllr John Hobart, IW Councillor for Carisbrooke, who led the campaign said: “I am delighted that we have secured so many signatures in support of this petition. There was considerable local enthusiasm for this campaign, and I have no doubt that if we had continued over the coming weeks many more signatures would have been received. This is an issue which has resonated with the residents of Newport, Carisbrooke and further afield.

“I would particularly like to thank all the local shops and businesses who made the petition available to their customers and encouraged them to sign. This has been a real grassroots campaign, which highlights the need for this matter of local concern to be addressed.

“It is now time to lift the prohibition on entry to Chapel Street, and that as an additional safety measure, one way arrangements are put into place to improve safety on the bends in the road. The changes to Whitepit Lane have provided a suitable west to east route for those wishing to travel to Shide and beyond. Therefore the potential impact on Chapel Street being used for travel through Newport from west to east is considerably reduced.

“It would make a huge difference to residents of Carisbrooke and those living west of Newport to be able to use this route from time to time to access Nodehill and that side of town."

Chris Whitehouse, local campaigner for Newport West added: “It is clear that local residents feel strongly about this issue, and share my frustration at not having more routes to get around the town. Whilst the High Street and Whitepit Lane remain viable routes to get in and out of Newport, having the additional route through Chapel Street would certainly help traffic flow more easily within the town.

“I have spoken to a number of residents who did not have the opportunity to sign the petition but would have done so, so the support is much wider than the impressive 3,000 figure suggests.

“I hope that the IW Council will now look properly at how Chapel Street could be opened up to traffic from New Street, whilst improving safety at the same time. I certainly will continue to campaign on this issue on behalf of local residents.”

The completed petition has been handed to Cllr Edward Giles, the Cabinet Member responsible for highways and transport.

The matter is now due to be considered at a meeting of the IW Council’s Economy & Environment Scrutiny Panel when it next meets at the beginning of February. IW Council officers will be invited to give evidence to the committee, followed by councillors being given the opportunity to ask questions. The Scrutiny Panel is then expected to make recommendations to Cllr Edward Giles as to what action, if any, should be taken.